About two months back I revived a game I developed a few years back called Death Arena, making various improvements, integrating it with Facebook, implementing various new gameplay features and getting it ready for deployment on the iStore. It's pretty much ready to go but I feel the need to do one last pass and see if there is anything else that can be improved before putting it out there. 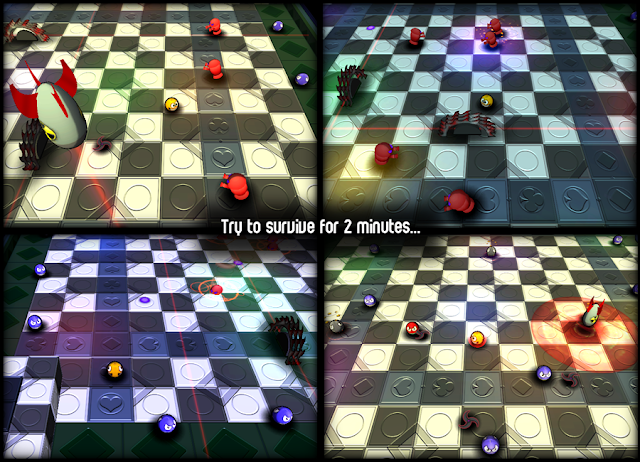 
However, the last phase of any project is often the most cumbersome and I started feeling a bit burnt out on it and decided I needed a break. This is how I justified allowing myself the twisted pleasure of working on an entirely new project when I had a 99.9% complete one waiting to go (and others on hold!). Admittedly, I felt a pang of guilt as I wrote this paragraph.

Anyway, I shall now cease this mincing of words and get to the point. I began experimenting with other game ideas for my next project. I experimented with transforming my PC-based real-time strategy game, Zyrtuul, into an iPad game, but it was a bit of a daunting task so I decided to hold off on that. 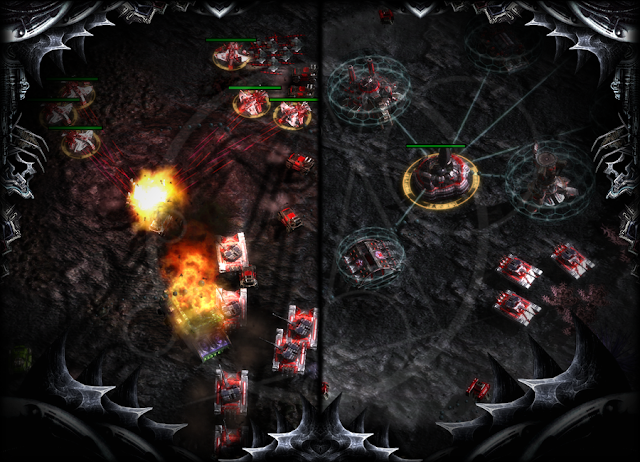 This is Zyrtuul. Attempting to simplify it so that it works on iPad (rather than PC) turned out to be a bit too complicated for my liking.


I toyed with several other game ideas before developing a two week long addiction to the iPad version of the game Injustice. Injustice is a one-on-one fighting game featuring DC Comics superheroes. The mobile version differs from the console versions in that it is less action-oriented and uses a collectible card mechanic, allowing you to acquire characters as you progress and level them up. 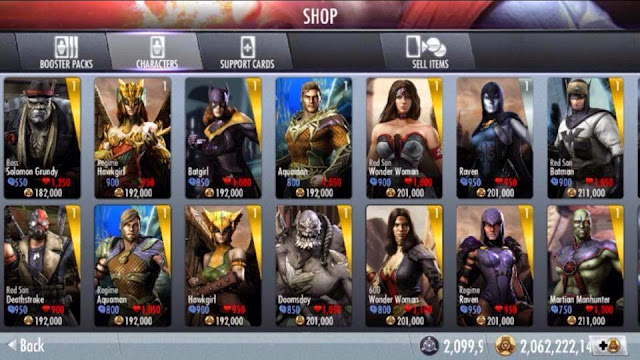 As always, whenever I get into a game I started feeling the urge to develop my own game inspired by it. So I started experimenting in Unity, trying to implement a similar concept. It's still a very early prototype (none of the game mechanics are in yet), but it's looking promising. I'm considering making this my next project (though I'll need to evaluate other existing projects that are closer to completion before making this call).

I purchased character models a few years back for another game prototype (called the Weeping World -- it was grim and awesome, but too large in scope). Hence the decent looking characters despite it being only a few weeks in.

It has a dark fantasy theme and is somewhat inspired by the early Mortal Kombat games (I had Goro's lair from the first game in mind when developing the first combat arena). As a prototype / proof-of-concept mock-up it is, of course, very rough around the edges, but I thought I'd post some screenshots of it's current state anyway. 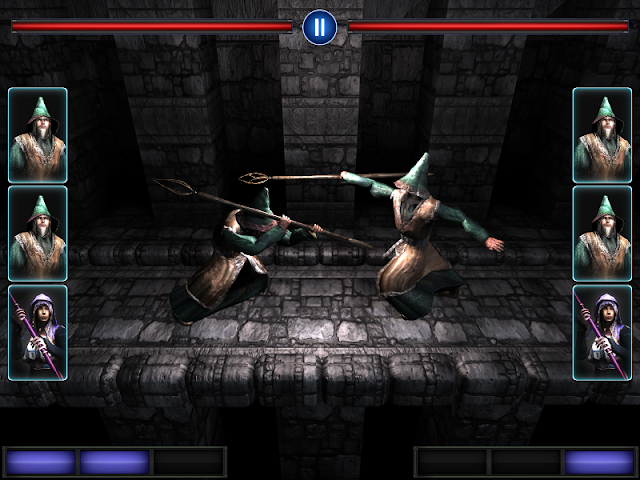 In an act of callous heartlessness, an evil wizard gives his equally evil twin a solid blow to the crotch, thus reducing the likelihood of the poor fellow ever reproducing. 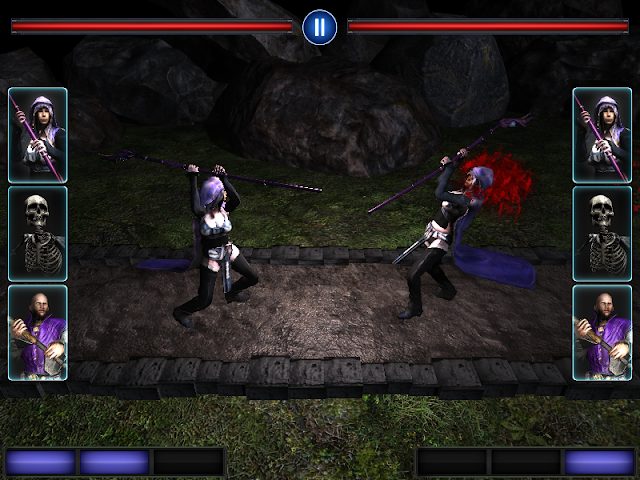 I added the blood last night. I'm not sure whether they'll allow this on the iStore though. 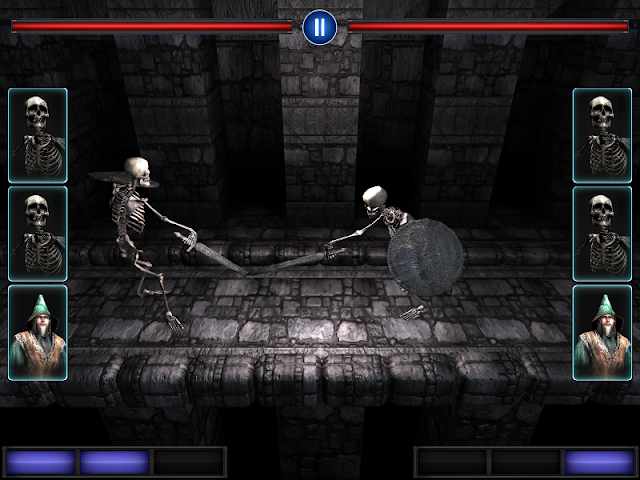 The arena needs more work to really live up to it, but was inspired by Goro's Lair. 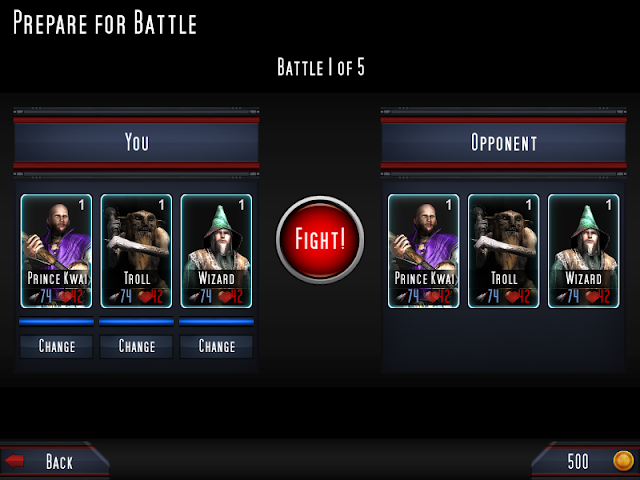