I've been working on a real-time strategy game for the last while. I've kept it quiet until now, but it is getting to the point where I actually have something worthwhile to show. It is still in the very early stages, but here are a few screenshots of what it is looking like so far. I have developed a mini-map but disabled it for these screenshots.

I'll probably talk about the development of the game in a separate blog post later.

Note: some of the art content is just placeholder art that I threw in to make what was initially just a fun AI experiment easier on the eye. I just realized that it's about time to replace it (I have acquired 3D models and have a friend working on more, just need to put them in). Rather silly of me not to think of that before posting screenshots.

Edit: I have modified the screenshots and blurred out the art that I know I'll have to replace. I'll post updated screenshots at a later stage. 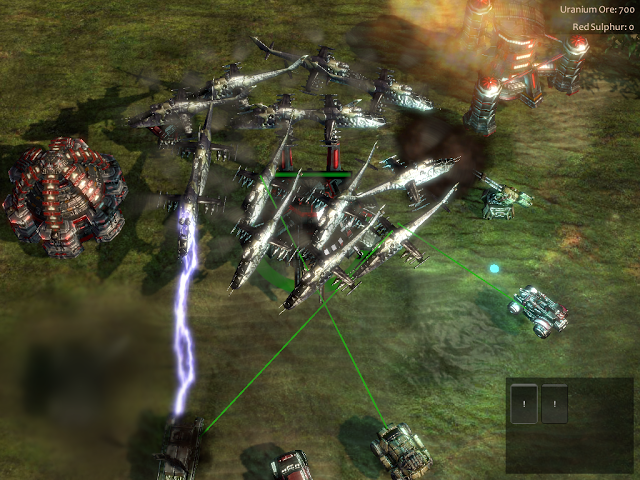 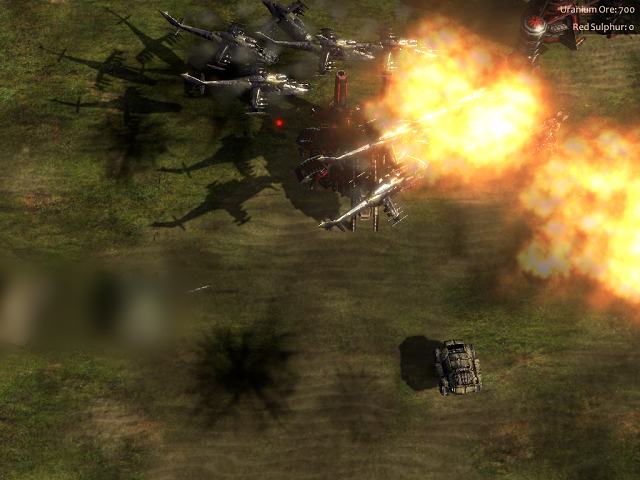 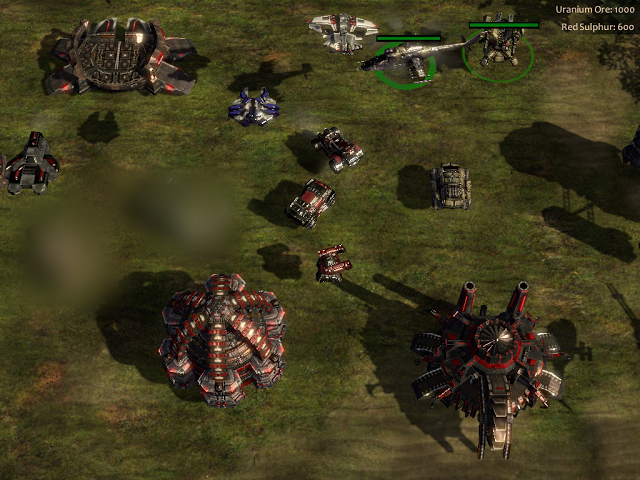 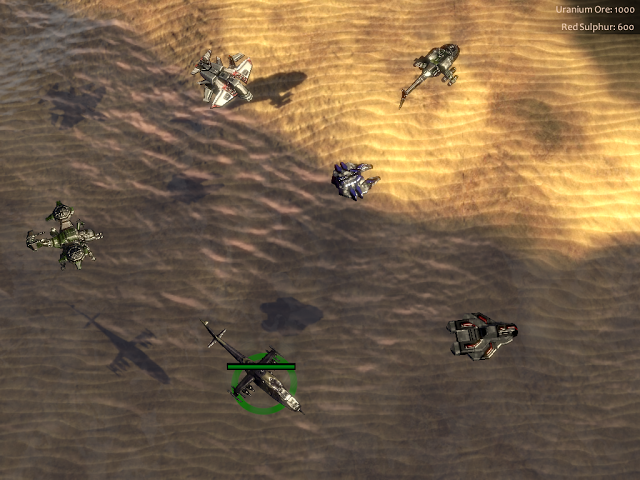 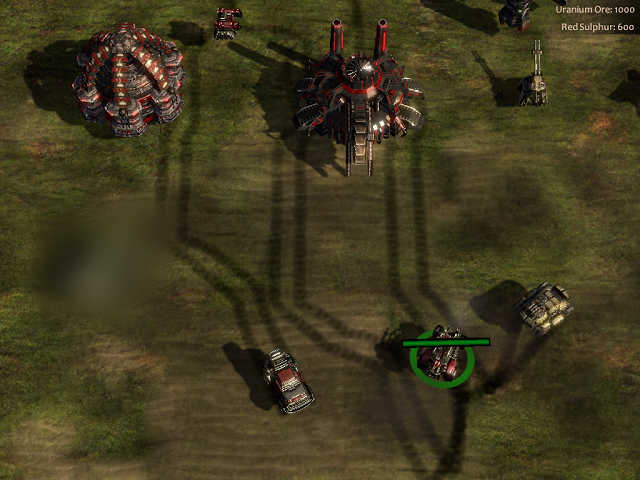